As anyone who has ever poddied a lamb can tell you sheep are actually surprisingly intelligent! We’ve known for years that sheep recognise the faces of other sheep in their flock for up to two years but recently researchers at Cambridge university proved that normal sheep pass a psychological test that monkeys struggle with. 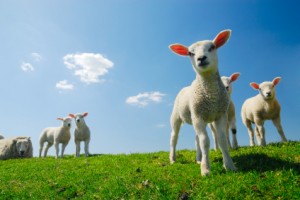 The ewes went through a series of challenges. They associated different foods with various coloured buckets. Scientists then switched the frames of reference to other colours, shapes and objects and challenged the ewes to find the foods. Of course, the ewes passed all the tests with ease.