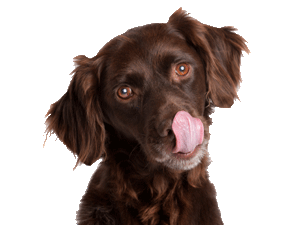 Coprophagia is the ingestion of a dog’s own or other pets’ faeces. While offensive to us it is normal for bitches with young pups and pups exploring their environment. It is only dangerous to dogs if they ingest parasites with the faeces. However, coprophagia in an older dog maybe an indication of a physical or behavioural problem and should be investigated by your veterinarian before trying the remedies listed below.

While coprophagia is distasteful to us it is usually not harmful to the dog as long as he is dewormed every 3 months. It is difficult to wean some dogs of the habit.