Taking a look at the wild side of your kitty cat 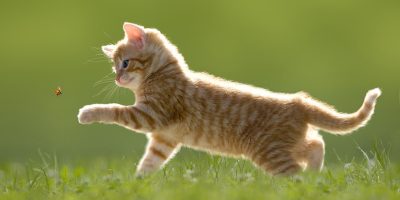 That relaxed moggy purring on our lap is closer to its wild ancestors than you might think. Pet cats may be domestic animals, but they are much less domesticated than our pet dogs.  The following evolutionary quirks show that there is much in common between our domestic cats and their wild cousins.

Cats need to eat meat. All felids from tabby to tiger require high levels of animal protein in their diet. This provides certain amino acids like taurine that other mammals (including ourselves) do not need in their diet. Essential hormones for breeding and vitamins like thiamine are more easily extracted from meat than plants.

Cats have lost their ability to taste sugars as they don’t need to detect ripening fruit, however their taste buds are much more discerning when it comes to distinguishing different flavours of meat, making some family felines frustratingly fussy at times.

Genetically, domestic cats are very similar to wildcats. They only emerged as a separate subspecies around 10,000 years ago. Studies are underway to pinpoint the differences in DNA sequencing that makes it possible for domestic cats to socialise with us, something that wildcats are unable to do.

Most wild cats lead solitary lives in order to effectively hunt small prey. The main exception being lions who live together in prides and hunt prey large enough to feed many members of their social group. 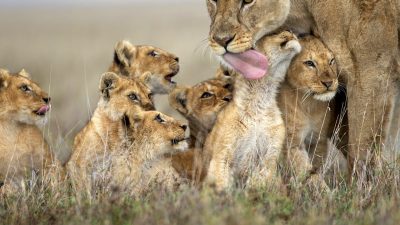 Whilst male domestic cats living in the wild are solitary, related females will often live in social groups when food is abundant and share the raising of their kittens. Pet cats show affection for us in the same way that related cats show social behaviour to each other, raising their tails upright and attempting to groom us. It is less common for unrelated pet cats that have not grown up together to develop these strong social bonds. They are more likely to live their separate lives within the home and require separate access to key resources like food, water, litter, scratching poles and resting places to fulfil their needs.

Most smaller felids, including domestic cats are nocturnal in the wild. Those beautiful big eyes allow them to gather enough light to see at night. A domestic cat’s eyes are almost as big as ours. Their retina is about six times more sensitive than ours and their brain is wired to pick up small movements. All felids have a reflective layer behind their retina to increase night vision. This produces their distinctive green reflection in a torch beam at night.

For cats, play is hunting behaviour. Whether they are pouncing and grasping small toys in the teeth, or holding a larger toy with all four sets of claws, this resembles the way they catch a meal in the wild. Domestic cats were originally kept to control pests like rats and mice. Inside their heads they are still hunters and will rip up small toys more intensely on an empty stomach in pursuit of a meal. 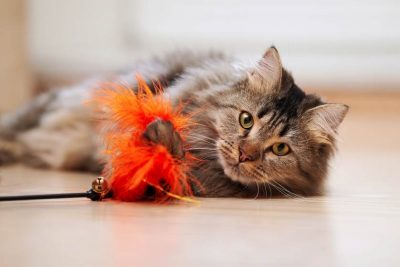 As stalking hunters, cats are designed to lay motionless in wait for prey and then leap into action at the crucial moment. This ‘kindle’ reflex can be seen in pet cats, when, in what seems like a nanosecond they can be triggered into an aroused state which can take many hours to abate.

As solitary hunters, domestic cats tend to hunt in separate territories and rarely see or hear each other. To avoid confrontation that could cause life threatening wounds, they communicate by smell. Just like lions and tigers, domestic felids deposit urine around their territories and rub their cheeks on prominent landmarks to leave a scent from skin glands. All cats possess a second ‘nose’, the vomeronasal organ, situated between the palate and nose for processing the messages left by other cats.  Lions and tigers curl their top lip in a ‘Flehmen’ response when using this sense. Domestic cats will seem to go into a brief trance as they use subtle muscles around this organ to draw the chemical message or pheromone into the gland and gain information about the identity of its owner.

Our feline friends bring so much joy into our lives. It is helpful to have some understanding of their close ties to ancestral behaviours and how that affects the way they see the world. This reminds us to keep them away from native wildlife, helps us to accommodate their needs in a domestic household and to interact with them in a way that builds a mutual bond.