In cats the behaviour changes include: 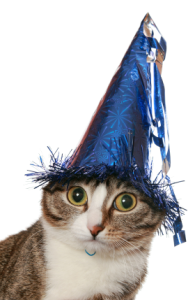 Some commonly used drugs such as prednisolone and valium also reduce brain function. Alternatives that reduce decline are often available.

2. Physical therapy and environmental enrichment: Stimulate brain function and delay the onset of dementia with environmental enrichment and games. Try scattering or hiding food or catnip around the house, provide toys that require batting or rolling to release food, give opportunities for climbing, perching and exploring, trail ribbon or feathers along. Petting, brushing and massage stimulate the nerves and brains of old cats, too.