Frankie is a very excitable and wriggly 5 month old Pug puppy that came in recently for desexing. 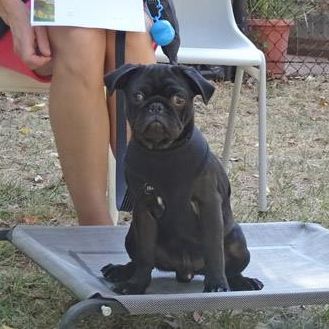 Frankie is very lucky, as his owners are well informed about some of the breathing problems that Pugs and other squishy faced (Brachycephalic) dogs such as Bulldogs and Boxers are prone to getting. Because of the excess soft tissues in their airways dogs with squished faces can have great difficulty breathing.  It can even get to the point where these dogs collapse and need oxygen support and emergency treatment after something as little as a short walk on a warm afternoon.

So, while he was in for his desexing, we checked Frankie over to make sure he wasn’t going to have problems in the future.  Frankie had very narrow nostrils which makes it much harder to breath in oxygen, and the effort of breathing in through narrow passages changes the pressures throughout the airways and lungs.  Early intervention is key as these pressure changes can cause long term complications.

Try pinching your nose and then breathing through it, and then imaging breathing like that all the time, even when excercising.  It’s certainly not comfortable, and can cause great distress for affected dogs during exercise, times of high temperature, and periods of stress.

While Frankie was under anaesthetic for his desexing, we surgically widened his nostrils.  You can see the difference in his before and after photos below. 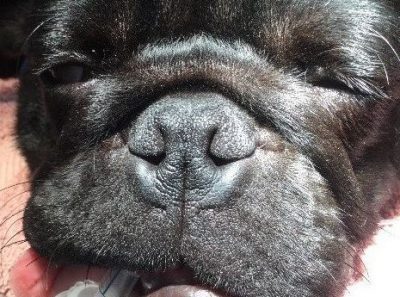 The good news is Frankie can now breathe more easily making him much happier and more comfortable.  Frankie woke up as if nothing had happened and wanted nothing more than some food and some cuddles! 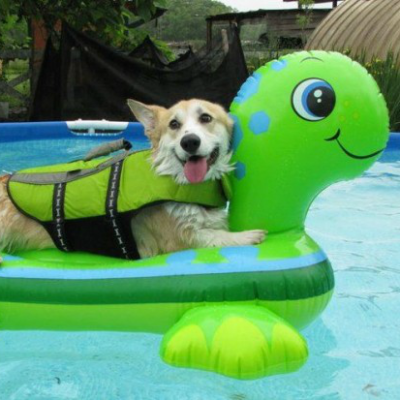 What is heat stroke?
Heat stroke or heat exhaustion occurs when the pet experiences a marked increase in body temperature. Normal temperature range for cats and dogs is ~38–39ºC. Other than as part of an underlying illness, pets can become overheated after being enclosed in a hot area, or due to over exertion with excessive exercise.
Heat stroke affects the entire body and can cause anything from very mild signs to very severe and life threatening illness. Those breeds with short noses like Boxers, Bulldogs and Mastiffs are at greater risk.
Symptoms
– body temperatures exceeding 39.5ºc
– excessive panting
– dark or bright red tongue and gums
– sticky or dry tongue and gums
– staggering, weakness, body tremors
– state of near-unconsciousness
– seizures
– bloody diarrhoea or vomiting
– coma
– death

What to do
Effectively cooling the pet is essential using cool water and a fan (NOT ice blocks in direct contact with the skin). Take your pet to the Vet immediately as your pet’s life is at risk and heatstroke can also cause long term organ damage.

Prevention
The best way to prevent heat stroke is by keeping your pet cool. Never leave your pet in a hot car, keep your pet’s coat short in Summer, exercise during the cooler parts of the day, ensure your dog always has access to clean cool drinking water and shelter from the sun.

Ideas to cool pets
DOGS. Spray bottles with cool water jetted on the pet’s underside, wading pools, keeping indoors during hot times of the day, ice treats like frozen kongs.
BIRDS. Frozen watermelon treats.
RABBITS. Frozen peas for rabbits to lie next to and nibble on.
RATS. Fill a small tub or container with water and then throw in some peas. They will get into the water and (depending on how deep it is) will dive for them.