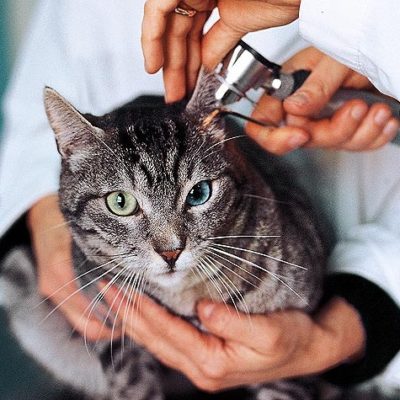 A cat that cannot urinate is a medical emergency. This can be life threatening in a short time!
We often take calls from owners who think their cat is constipated and it turns out they are actually trying to urinate but they have a blockage preventing urine from being passed.
Cats have two kidneys that filter their blood and remove the waste products from the blood into the urine. The urine flows down tubes called ureters from the kidneys to the bladder. It is then excreted from the body through a tube called the urethra which connects the bladder to the penis where it is expelled out of the body. A ‘blocked cat’ is one where the urethra is blocked which prevents the urine from being passed.
Male cats are most at risk of this because of their anatomy. The urethra runs from the bladder through the penis but there is a bend in the urethra and it becomes narrower at the bend. The blockage is often comprised of protein, cells and crystals or stones.
Male cats that are overweight, confined indoors, don’t consume enough water or are fed dry food only are at greater risk of becoming blocked.
Signs to look for: straining to urinate, vocalizing when trying to urinate, frequent visits to the litter tray but not passing more than a few drops, discoloured urine. As the condition progresses the cat may move restlessly or hide because of the discomfort and eventually lose their appetite and become lethargic.
If you see your cat straining to urinate, seek veterinary help immediately.