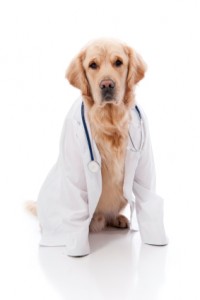 The dogs smell a chemical produced by the cancer in the faeces or breath of patients. They detect the cancer in its very early stages giving surgeons a very good chance of curing the disease.

Other non-invasive tests do not detect bowel cancer as early and as efficiently as the Labs.

Other diseases of the lower bowel such as inflammatory bowel disease or benign colorectal disease don’t confuse the dogs. They react only to colorectal cancer.

Scientists are trying to pin down the volatile components that the dogs are responding to so that they can formulate a chemical test for them.